Jesus Bosch Ayguade from Plunge Interactive, makers of the just released Fart VS Zombies for Windows Phone was kind enough to answer our questions.

First of all, please tell us about you : how was Plunge Interactive created ?

Plunge Interactive probably exists because of Microsoft, or at least that company had an important role on what Plunge Interactive is today. The company was created a year ago, before that, I was a team lead in a big Spanish software development company, but since a long time ago I was collaborating with the spanish XNA community and I always wanted to enter the game industry.

One day Microsoft announced what was initially called « Windows Phone 7 Series », and Microsoft Iberia (Spanish branch) started a contest to promote the generation of content for the new platform. I earned the 3rd prize in that contest. That gave me two things : a lot of energy and also the opportunity to appear on the media. Appearing on the media had as a result that some investors contacted me and offered the possibility to lead a project, the project was about creating a game studio. And here we are now. Yesterday the company celebrated just one year!

Although WindowsPhone is starting to get some market share, lots of developers still hesitate to port their apps to WindowsPhone, prefering to stay with iOS and Android. You are working on several WindowsPhone games already : how did you get involved with WindowsPhone development ?

To be honest, we are developing games for other platforms too, but we love Windows Phone. We love it on terms of development because it is an easy, well documented and powerful platform. We love it as users too : the OS simplicity, the clean UI, the high speed… We tried all the platforms, and I really think Windows Phone must be a success because it will become the best platform -unless Android and iOS improve a lot-. The users will discover this, it is just a matter of time -Nokia will help a lot on that-. Then the developers with experience on the platform will be in a position of advantage over other companies that do not know anything about it.

You have developped apps for several big platforms (iOS, Android, WindowsPhone, and even desktop and XBox) : how does the WP develoment compare with other platforms ?

Developing for Microsoft platforms has always been easier

Developing for Microsoft platforms has always been easier. Developers love it : the documentation is much better, we receive direct support from Microsoft Engineers if necessary (yes, they answer the phone calls). If you take Android… to get started is a nightmare, there are several game development frameworks, but much of them don’t even have documentation… and it’s better to do not mention the huge fragmentation of the platform… iOS is a little bit better, but to have to work with an old language like Objective C is not something that likes to our developers.

Same question for the WindowsPhone MarketPlace.

The App Hub has several differences with the App Store and the Android Market. A good thing is that the developers have the option allow the users to download a free trial version, so there is no need to create « lite versions » to allow the users try your app or game. On the other side the WP Marketplace has missing some features, like so gift an app/game, or in the case of the developers, to send redemption codes to reviewers. I’m sure that Microsoft is aware of these issues and is already working on it.

What do you like the most about Windows Phone Mango ?

The OS is incredibly fast, you don’t need a dual core processor to go at light speed… and the native integration with the social networks is great, it has never been so easy and so fast to share photos taken with the phone to facebook. But what I like most is the integration of the contacts in the social hub, where you can get data from all social networks to get a full profile of every contact, and the phone handles that for you.

According to you, what’s missing for Windows Phone to get a two digit market share ?

They have released a great OS in an environment that already has owners (Android and iOS). Everyone has the idea iPhone is the best thing ever, or even Android. The people that says so is because they have never tested a windows phone. Let them try a WP7 device for a week and I’m sure they will love it. To convince all that people Windows Phone already has its weapon : Nokia. I’m sure Nokia will guide the market share increase for the WP7 platform. Everyone loves Nokia, they still have a great prestige, and also a great relationship with all carriers in almost every country in the world.

There are a lot of zombies/tower defense games (searching for « tower defense » or « zombie » returns dozens of results in the market place). However, you came with a fun and different idea with Fart Zombies : how did you come with such an idea ?

Farts VS Zombies, that can also be played on iOS, mixes different genres, but it is basically a strategy shooter. The idea was about putting in one place everything what we considered wrong in the App Store in a new and funny way : tired of farts? we put them on a new way, tired of zombies? now you have to kill them with farts. You even have to destroy a car with farts in some bous stages! If you played Street Fighter you will understand it. Mother of god, you even have to kill a unicorn! :-) I guess the players will also love the conversations between characters that happen at the beginning and at the end of each level, these are crazy and very funny, and also have references to some epic movies. I guess it’s a mix of things we hate and also love, and we tried to sort it in a way that is really funny to play.

Maybe it’s too early to ask, but are you planning to release some updates to Fart Zombies ? We see lots of developers releasing updates/special versions of their games for iOS that aren’t released on their Windows Phone ports : will the Windows Phone version of your game get the same support/follow up as the iOS version ?

The reason for that is the games on Windows Phone are probably not very profitable right now. One of the main reasons is the split in the marketplace between XBOX Live games and Indie games. Microsoft tried here to emulate the conditions that worked well on XBOX 360. That worked on XBOX because that console allows anyone to publish games on it, but anyone can publish games on a mobile phone already. The result is that indie games has less exposure and play in a different field than XBOX Live titles, and I guess Microsoft did a mistake on that, because they are damaging many little developers. Their games have less exposure and visibility, and can’t get access to premium features like Avatars, Leaderboards, In app purchases, etc, -only XBOX Live labeled games have access to the necessary API-.
In any case, if the sales of Farts VS Zombies are good enough, we might add some extra gifts like minigames, ringtones and wallpapers, but as I said, it will depend on the acceptance of the game by the Windows Phone users.

Windows 8 consumer preview will be released next week at the MWC : this will bring Metro to Windows, and also open the tablet world to Windows : are you planning to developer for Windows 8 ?

We expect a lot from Windows 8. It is supposed to be cross platform support between Windows Phone and Windows 8, and that gives much more monetization options for any game designed for the Windows platform.

Do you have some other Windows Phone projects in the works ?

Yes, we are in the design process of a new little title for Windows Phone, that will probably run on other platforms too.

Thanks for this interview! Anything to add for our readers ?

Thank you! I’d like to tell the readers what they probably already know : Windows Phone is a great platform, and I’m sure it will exponentially grow in 2012, this will be the year of Windows Phone :-) 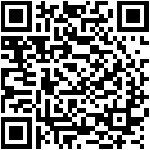